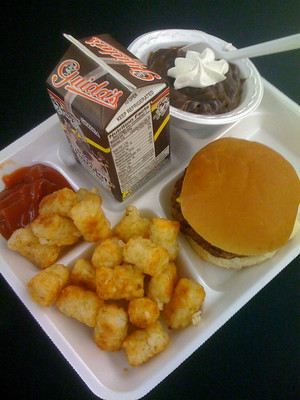 RICHMOND, Va. — Adelle Settle learned in 2017 that school lunches were being taken out of children’s hands when they couldn’t pay for the meal. Instead, children were given a cheese sandwich or a snack.

Settle was inspired to start Settle the Debt, a nonprofit organization that pays off school meal debt at Prince William County schools. The organization has raised almost $200,000 in almost four years, Settle said.

“It leaves the kid hungry, you’re not giving the child an adequate meal at that point and people see it,” Settle said. “It makes them feel terrible about themselves, so I just wanted to make sure that we were not stigmatizing children in a place where they go to feel safe.”

Del. Danica Roem, D-Manassas, introduced House Bill 2013 that would prohibit school boards from suing families to collect school meal debt. The bill passed the House of Delegates late last month with a 69-31 vote. The Senate passed the bill Monday with a 29-10 vote. The bill now heads to the governor’s desk.

The measure builds off of two bills Roem introduced during the 2020 General Assembly session, HB697 and HB703. The legislation went into effect last summer.

HB 697 prohibits school employees from discarding a meal that was served to a child who then couldn’t pay for it. HB 703 allows school boards to solicit donations to offset or eliminate school meal debt.

Roem said there are 27 school divisions in the state that have policies to take legal action against those with outstanding school meal debt. She said in one instance, a school division outlined the policy on its Facebook page.

Roem said she thinks if debt occurs, schools should deal with it directly instead of taking people to court.

“Essentially, we are penalizing parents for being poor and that’s messed up,” Roem said.

There are families that don’t qualify for free and reduced lunch but also can’t afford to pay for lunch, Samora Ward, community organizer for Virgina Black Leadership Organizing Collabrative, said earlier this month during a Senate a subcommittee meeting. Virginia Bloc’s The Care Project is an organization that is aimed at making sure students have access to school meals as well as “to protect the financial security of families trying to pay for school meals.”

“We know that this pandemic and its economic repercussions will only exacerbate this problem, leaving families burdened with school meal debt,” Ward said.

Roem said 15% of the outstanding school meal debt in Prince William County has been from students on reduced lunch.

Tom Smith, legislative liaison for the Virginia Association of School Superintendents, said during the bill’s subcommittee hearing that the association sent an informal survey to school divisions to find the outstanding debt cost. About half of school divisions in the state responded and the total was over $1.3 million, he said.

Smith recommended an amendment to the bill that would have allowed school divisions to apply to the state literary fund to recoup debt, capping it at $250,000 per year, per division.

“The literary fund is provided through fines and tickets, so people committing crimes would help feed children,” Smith said.

Roem said during the meeting that she reached out directly to Smith’s office for feedback before the bill was introduced. Virginia Association of School Superintendents said they opposed the bill but didn’t provide other feedback, Roem said. She said the suggested amendment should have happened “considerably earlier in the process.”

“It gets what the delegate wants, in that lawsuits won’t be filed, but it also enables school divisions to recoup the money from the literary fund so that we can keep our school lunch programs afloat and don’t have to cut from other places to recoup that debt,” Haney said.

Salaam Bhatti, staff attorney for the Virginia Poverty Law Center, wrote a poem in support of the bill and read it aloud earlier this month during a subcommittee meeting.

“Roses are red, violets are blue,” Bhatti said, “when a child can’t pay for a meal, it doesn’t mean we should sue.”