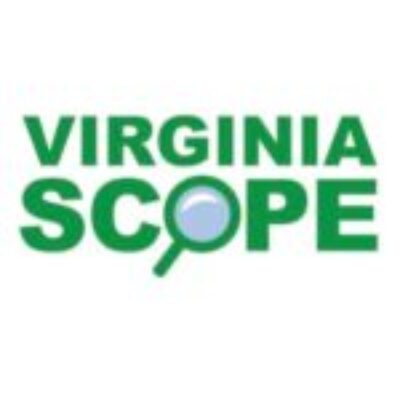 Here are the top news headlines for Tuesday!

A man that has been working as a security guard for state Senator Amanda Chase (R-Chesterfield) during her campaign for Governor was arrested Monday morning.

David Lee Conner was arrested in Chesterfield County and charged with strangulation early-Monday morning, according to a police spokesperson. He is employed by the security company that accompanies the senator to events across Virginia. Conner has been featured in several photos with Senator Chase since she launched her campaign for governor. Most recently, he can be seen standing with her on the cover of Style Weekly.

Last year, 51 year-old Terrence Walker lost his wife, Tracy, to colon cancer. She died in their bedroom, a few doors down from the living room where they were married. Walker’s coworkers at Virginia Commonwealth University pooled enough leave to allow him some time to mourn. “I felt powerless to do anything about the decline of her life,” Walker said. “I never thought that she would die before the age of 50.”

8 ‘citizens’ will help draw Virginia’s new political map. But how many will be average people? – Virginian-Pilot

Half the people who will draw some of Virginia’s most important political boundaries for the next decade are supposed to be “citizen members” — everyday people unlikely to engage in the partisan gamesmanship that mars this arcane process. So far, the roughly 200 volunteers who have offered to represent average Virginians are exceedingly white, rich, older and male in a state with many young, female Black and brown voters. Experts worry that will lead to a panel that doesn’t fully reflect the state, and they hope a lot more people will sign up before the Dec. 28 deadline.

The House of Representatives voted on Monday to override President Trump’s veto of the NDAA defense policy bill. This is the first successful veto override of Trump’s presidency. The House achieved the two-thirds majority needed to override the veto with a 322-87 vote.

Early voting is underway for the Jan. 5 special elections in two Virginia House of Delegates districts where the Democratic officeholders decided to leave their seats before their terms expired. Unlike the record numbers who voted early in this year’s presidential election, turnout in the special elections appears to be low, local election officials said Monday.

When Mary Washington Healthcare officials resume their weekly town hall sessions on Tuesday, they’ll do more than update the community on the impact the record number of COVID-19 hospitalizations is having on staff and facilities.

They’ll also be asking the public for support.

Buttigieg to inherit a crumbling network of roads, subways and rails at DOT – Virginia Mercury

Pete Buttigieg as the incoming pick for U.S. transportation secretary would take office at a time when both state and local officials are deeply frustrated that not enough is being done to maintain and improve the country’s transportation networks. But nobody seems to be able to solve the problem.

“Even before the COVID economic crisis, far too many Virginia families were struggling to make ends meet, as stagnant, low wages failed to keep up with ever-rising costs for rent, groceries, healthcare, childcare, and education,” said Attorney General Herring. “The Commonwealth and its agencies can set a higher standard, promoting wages that allow more Virginia workers to support themselves and their families, and reaping the benefits associated with higher wages.”

After a rough first season in the NFL, Dwayne Haskins knew he had work to do. Haskins threw himself into that work this offseason, losing weight, gaining muscle and impressing some of the league’s best receivers with throws he made on practice fields across the country.