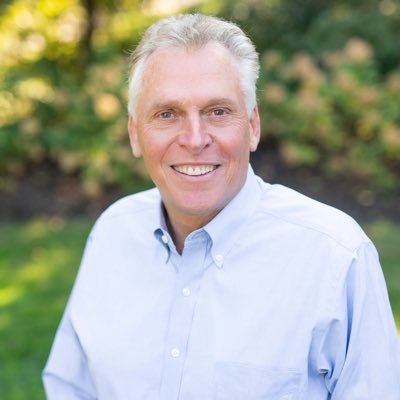 As the candidates vie for support from influential figures across the Commonwealth, seven Hampton Roads legislators and four mayors announced this morning that they will be supporting McAuliffe’s candidacy. In addition to Virginia Senate President Pro-Tempore L. Louise Lucas (D-Portsmouth), who is co-chair of the McAuliffe campaign, Senator Lionell Spruill and Delegates Don Scott, Cliff Hayes, Alex Askew, Mike Mullin, Martha Mugler, and Steve Heretick say they will be supporting McAuliffe for Governor.

“As the co-chair of Terry for Virginia, I’m proud to welcome my General Assembly colleagues to this campaign,” said Senator Lucas. “I’ve known Terry for a long time and I know Virginians can count on him to deliver for us, just as he has so many times before.”

Since launching his campaign, McAuliffe has unveiled plans that he says will strengthen Virginia’s education system and create an equitable post-COVID economy.

“Virginia right now needs a leader who sees these tough times we are going through as an opportunity to push our Commonwealth forward. We need a big and bold vision that lifts up young people, communities of color, and hardworking families,” said Delegate Alex Askew (D-Va Beach). “Terry McAuliffe has that vision. He has rolled out big, bold education and COVID recovery plans that will help us create the post-COVID economy. It is time we treat our educators as the essential workers they are, and that is what Terry will do.”

The next Governor will likely be tasked with leading Virginia out of the COVID-19 economic crisis.

“Creating a strong post-COVID economy means addressing the disparities that have held back Black and Brown communities for far too long. We’ve got to think big and act boldly if we want to give every Virginia child a world-class education and create good jobs and economic opportunities that lift people up,” said McAuliffe. “I’m honored today to have the endorsements of these strong Hampton Roads leaders and I look forward to working together to deliver a more equitable future for Hampton Roads and communities across the Commonwealth”