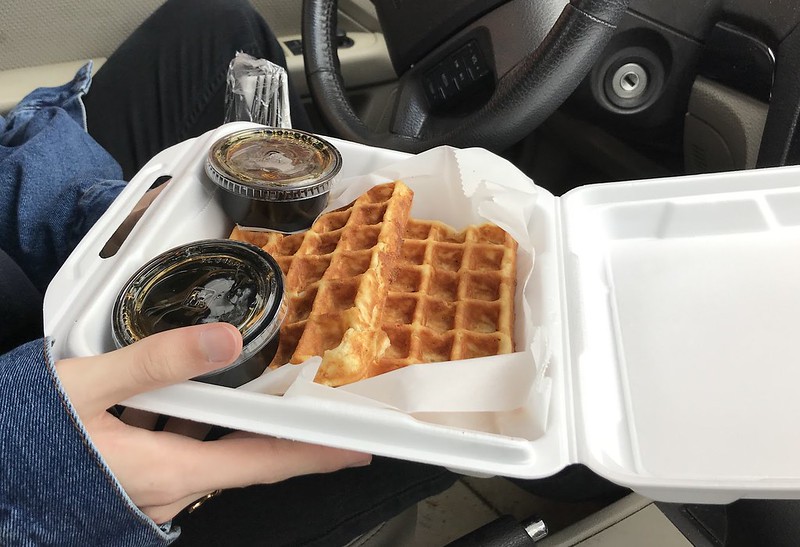 RICHMOND, Va. — For a second year in a row, a bill that prohibits food vendors from using plastic foam containers is up in the air as the General Assembly hashes out a Senate amendment.

Del. Betsy B. Carr, D-Richmond, introduced House Bill 1902 this year after her bill passed last year with a reenactment clause, which means it must pass two years in a row.

The Senate passed the legislation Friday in a 21-15 vote. The passage came with an amendment proposed by Sen. Chap Petersen, D-Fairfax, that would not exempt nonprofits, state and local government entities and schools from the ban.

The House rejected the amendment and the Senate voted unanimously to insist on its amendment. There is a conference committee scheduled to work out the legislative differences.

The bill is a continuation of Virginia’s lawmakers’ sweeping effort to pass environmental legislation, but the COVID-19 pandemic has opened a discussion on the usefulness of single-use disposable packaging such as polystyrene to limit contamination and facilitate a shift to carry-out business.

The Virginia Restaurant, Lodging & Travel Association, an organization for restaurants and other hospitality industries, opposes the ban.

Robert Melvin, director of government affairs at the association, said the bill is “misguided” and will hurt smaller, local restaurants financially, whose businesses have taken a toll amid the pandemic.

“I don’t know why we would even entertain the idea of going and banning something that helps prevent the spread of disease when we’re fighting a public health epidemic,” Melvin said.

Polystyrene container alternatives can cost as low as one penny a piece, said Elly Boehmer, state director of Environment Virginia, an advocacy affiliate of Environment America. Alternatives can include paper-lined containers or biodegradable products made of molded fiber or bagasse, a pulpy byproduct from sugarcane.

“The more that restaurants start adopting this, the more options there will be and the lower the price will become,” Boehmer said. “So right now, that’s the case where we can find really good cost alternative sustainable products.”

Polystyrene is nonbiodegradable and is difficult to recycle, according to Environment Virginia. Boehmer said polystyrene when flattened and shredded can resemble paper, which creates problems in recycling plants.

“It can also impact and contaminate our paper recycling and things that we actually can recycle,” Boehmer said.

Polystyrene can take 500 years to biodegrade and some items never do, making its way to riverways and oceans, according to Environment Virginia.

Expanded polystyrene foam can break down into microparticles, which is harmful to the environment and wildlife and detrimental to human health, Boehmer said. Polystyrene contains styrene, known to be toxic and probably carcinogenic, according to a study published in 2018.

Melvin said the switch to non polystyrene containers will drive up restaurants’ costs in the long run.

“That adds up quickly,” he said, “especially when you’re dealing with large numbers of food containers.”

Instead of a polystyrene ban, Melvin said there should be more studies on the recyclability of polystyrene, such as advanced recycling.

Senate Bill 1164, sponsored by Sen. Emmett Hanger Jr., R-Augusta, seeks to define chemical recycling as a manufacturing industry rather than a solid waste industry. The bill is nearing its third reading in the House after passing the Senate with strong support.

Opponents of Carr’s bill spoke against the polystyrene container prohibition at a Senate subcommittee meeting. They said recycling polystyrene is economically feasible and is being done across the country. There are plans to build a chemical recycling facility in Cumberland County.

While polystyrene can be processed by chemical recycling, some environmental advocacy groups are wary of the practice. A report by the Global Alliance for Incinerator Alternatives, a group that works to find waste and pollution solutions, concluded chemical recycling will worsen the plastic waste crisis and that local governments should focus on reducing plastic pollution by transitioning to zero waste systems.

Carr said her bill is tied to SB 1164, which she said has overwhelming Senate support. However, she said chemical recycling and a polystyrene prohibition can coexist in the commonwealth.

“It is not in conflict with any recycling manufacturing efforts,” Carr said. “There’s ample time for our restaurants to accommodate, with lots of products that are available and affordable.”