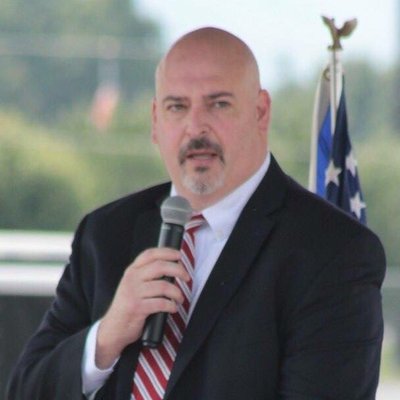 RICHMOND – Del. Todd Gilbert (R-Shenandoah), the Republican leader in the Virginia House of Delegates, has a plan to reduce gun violence throughout the Commonwealth and he says he doesn’t even care if he gets the credit for it.

On Thursday, Gilbert’s HB 2231 was introduced to the House Subcommittee on Public Safety. The bill would establish a Group Violence Intervention Board, as well as a Division of Group Violence Intervention within the state’s Department of Criminal Justice Services. Addressing this violence is a racial justice issue. According to Gilbert, young men of color are about 11 times more likely to die of gun violence than their white peers. “These young men are dying senselessly and needlessly,” Gilbert said.

The board established by the bill can also apply for and administer grants. These include grants for an initiative dubbed “Project Exit,” which connects former gang members with opportunities for “schooling, housing, jobs” and even “the removal of gang tattoos,” Gilbert explained during the subcommittee meeting.

Gilbert clarified during a phone call Friday that this grant funding would be administered to existing community-based violence intervention and rehabilitation groups. “Where the rubber meets the road is at the very local level, like the neighborhood level,” he said.

Democrats currently maintain majority control in both chambers of the General Assembly and Gilbert said that years of experience have taught him that across-the-aisle bills often fail. “Certain bills have a patron problem,” Gilbert told the subcommittee. “I hereby invite the members of this committee to steal this bill. I challenge and beseech really, any member of the Democratic majority to take this bill and run with it.”

Such measures may not be necessary, though. HB 2231 enjoyed nearly unanimous and bipartisan support Thursday.

The subcommittee voted 5-1 to report the bill to the full Public Safety Committee. That committee met Friday morning, and Del. Mark Levine (D-Alexandria) explained that the bill had support but needed revisions. He made a motion to delay discussion on the bill for one week so that members could work with Gilbert on potential amendments.

During discussion of the bill in subcommittee on Thursday, a primary hang-up for delegates was the composition of the Intervention Board. The board will have six nonlegislative members, three of whom will be nominated by the Virginia Sheriffs Association, Virginia Association of Chiefs of Police and the Superintendent of Virginia State Police.

Gilbert told the subcommittee the bill “doesn’t rely on enforcement at its core.” He insisted the violence intervention program was structured to create “a moral engagement so the community takes ownership of this issue,” including local faith leaders, social workers and law enforcement officers.

Two pastors from African Methodist Episcopal Zion churches in Virginia spoke in support of the bill.

“What I really do like about the program is it’s redemptive,” said Pastor Willie Dixon, who preaches in Sussex County. The bill “involves the community as well as the church. It’s important we have a voice in this. Our purpose in being in the community is to save lives.”

However, some delegates—most vocally Del. Sam Rasoul (D-Roanoke)—took issue with what they perceived as a law enforcement-first philosophy undergirding the legislation. Besides the two delegates that abstained, Rasoul was the only member of the subcommittee to vote against the bill.

“This bill is built upon the premise that we are an authoritarian state,” Rasoul said, where law enforcement will be “the beginning of this conversation.” He advocated for a different approach, which treats gang violence as a public health crisis, rather than primarily an issue of public safety.

Rasoul said the bill as written fails to interrogate the “fundamental problem” at the root of gang violence. “Where’s poverty? Where’s the chronic underfunding of our schools that lead to this?” he asked.

Gilbert said he’s amenable to broadening the scope of the bill – continuing to note that while law enforcement will play an essential role in these intervention efforts, other interests should be involved. Gilbert said in an interview on Friday that he has already spoken with members of the subcommittee about other potential departments that could be represented on the board, including social services, education and behavioral health. “That’s why we have the committee hearings—so we can have a collaborative, deliberative process,” he explained.

Ultimately, supporters of the bill say the biggest reason to pass the legislation and implement its framework is because it works.

David Kennedy, one of the country’s foremost experts on group violence intervention, is the director of the National Network for Safe Communities at CUNY’s John Jay College of Criminal Justice. Referring to group and gang violence, Kennedy said, “As appalling as the problem is, it is in many ways smaller than we have always made it. It is always concentrated in a very, very small, identifiable population in the affected neighborhoods.” Kennedy noted that there is no such thing as a dangerous neighborhood—just tiny subsets of the population facing “astronomical risk for violence and violent victimization.”

Intervention is key. Targeted intervention programs in Oakland, for instance, “reduced both homicide and arrests by over 50% citywide,” Kennedy testified.

If HB 2231 becomes law, the question remains about how to fill the coffers of the Intervention Board’s grant fund. Gilbert said that for now, he is focused on selling people on the concept itself. “Then, this should be a bipartisan approach to a demonstrably effective tool to save people’s lives. I would think we all want to invest in that,”  he said.