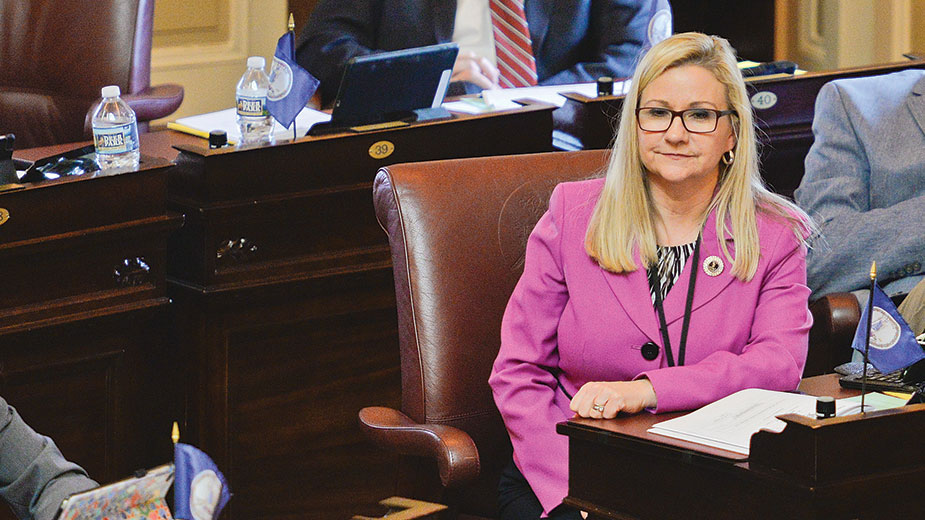 Virginia’s Attorney General Mark Herring (D) issued an opinion in response to a request as to whether the General Assembly has the authority to discipline or expel legislators who may have contributed to the January 6th insurrection at the United States Capitol.

After state Senator Amanda Chase (R-Chesterfield) attended the ‘Stop the Steal’ rally in Washington D.C. that resulted in the Capitol insurrection on Jan. 6, Delegate Lee Carter (D-Manassas) sent a letter to Herring requesting a formal opinion on expelling a legislator in Virginia.

“At least one member of the General Assembly is alleged to have participated in the events in the District of Columbia on the 6th of January, however, the General Assembly has not had to enforce the prohibition set forth in the 14th Amendment in living memory,” the request from Carter reads.

Senators have not indicated a desire to expel Chase from the Senate, though they have advanced a motion to censure her.

Herring’s opinion confirms the ability of the General Assembly to expel members. “The January 6th attack on our Capitol was an affront to our democracy and the very foundations of our country,” said Herring. “It’s appalling that a Virginia legislator would have anything to do with that event, or with the baseless conspiracy theories and lies that fueled it. As I lay out in this opinion, the General Assembly has tools for holding its members to account if it determines that any legislator’s actions warrant discipline or expulsion.”

Additionally, Herring wrote that the General Assembly determines what kind of conduct warrants discipline or expulsion, saying “Article IV, Section 7 recognize[s] and confirm[s] legislative bodies’ authority over internal matters of member discipline and expulsion…[and] ‘the determination of what conduct justifies imposition of this severe sanction is to be made by the legislature itself.’”

Chase responded to the opinion on Friday. “As the Republican frontrunner for Governor in Virginia, of course the Attorney General is going to come out with some political statement like this against the Republican candidate for governor,” Chase said in an interview with Virginia Scope. “If we are going to have a standard and apply it equally to all senators, then I will also say that every senator should be treated equally. There are some senators who are treated more equally than others.”

The Washington Post is reporting that a deal is in the works in the state Senate that would help Senator Amanda Chase (R-Chesterfield) avoid the censure that she is facing on Friday afternoon.

“If state Sen. Amanda F. Chase (R-Chesterfield) stands up on the floor of the Senate on Friday to “clarify” her remark about patriots and offer a general apology for insults she lobbed at Democrats, Sen. John Bell (D-Loudoun) will withdraw the resolution he introduced Jan. 13 to censure her, according to three people with direct knowledge of the deal.”

In response to the censure she is facing, Chase also says she filed a resolution with the Senate clerk to censure Senate pro-tempore Louise Lucas (D-Portsmouth). Lucas was charged by police officers over the summer after she attended a Black Lives Matter protest. Those charges were eventually dropped by authorities, but Chase believes it is unfair that she faces discipline when Lucas has not.

On Friday, Chase doubled down on the intent to censure Lucas.

“If they want to continue down that pathway, I will fight back,” she said. “I will protect every Virginian’s right to peacefully assemble and petition the government for a redress of grievances as protected by the First Amendment.”

“It underscores the weakness of governing by norms and expectations, rather than laws. “Congress and the General Assembly had a responsibility to establish a process for the 14th Amendment’s enforcement when they adopted it nearly 150 years ago, and they failed to,” wrote Carter. “That creates a problem for us now, in that the only way to enforce the 14th Amendment is with the approval of the political party that stoked the insurrection in the first place. The Senate of Virginia should expel Amanda Chase, but I will not hold my breath waiting for it to happen.”

The Senate convenes at 12 p.m. on Friday, where they are expected to take up the censure of Chase.

.Virginia Scope is an independent news publication that is funded largely by donations and subscribers. As local newsrooms are losing writers each day, we are trying to fill the void to ensure that the public is informed and that leaders are held accountable for their actions. If you can chip in a monthly subscription of whatever you can afford, even $1, it will go a long way to helping us. Subscribe here. You can also make a one-time donation below: