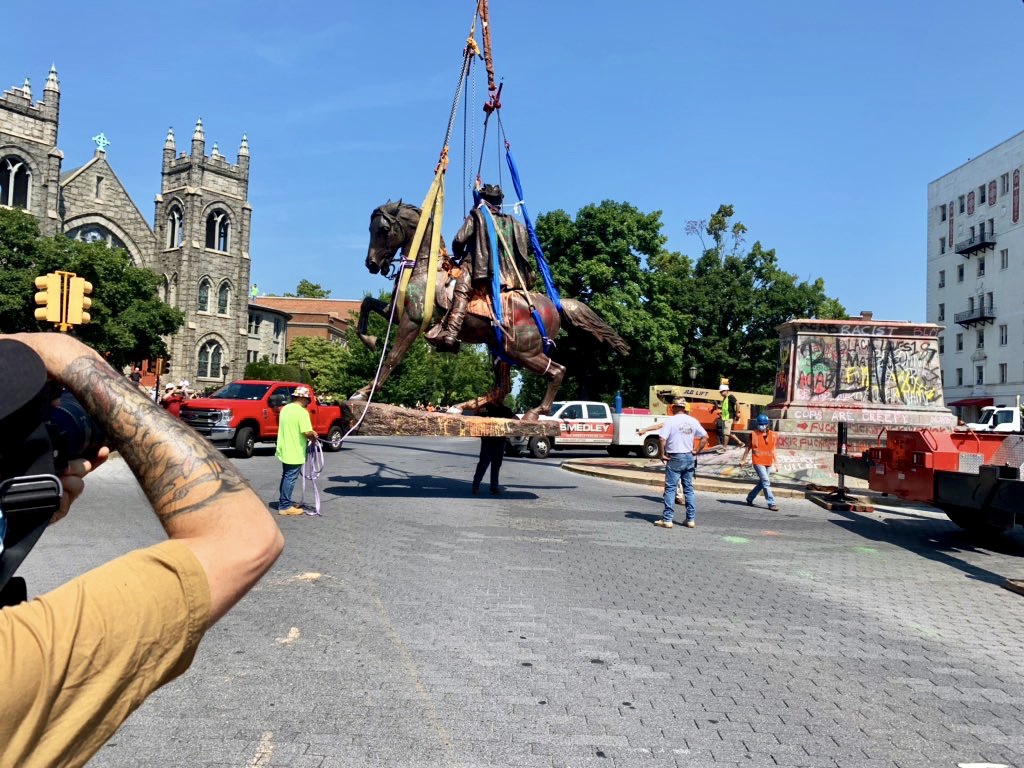 In less than 3 hours, crews have removed the J.E.B. Stuart statue on Monument Avenue in Richmond, Virginia. Richmond Mayor Levar Stoney said last week that he is removing all of the city-owned statues with the emergency powers he has under the current state of emergency. Watch video of the removal below:

The Robert E. Lee statue is the lone remaining confederate statue on Monument Avenue and it is owned by the State of Virginia. In Early June, Governor Northam announces that he is removing the statue but a lawsuit currently has that process halted.

More photos from the removal of the Stuart statue are below.