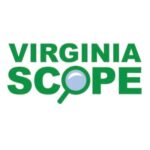 Here are the top news stories from across Virginia.

Over the past two decades, once-rural Stafford County has emerged as one of Virginia’s fastest-growing suburbs, one local leaders hope to turn into a new economic hub in the Washington region.

The increasingly diverse county that sits 44 miles south of D.C. voted blue in last month’s presidential election for the first time in nearly half a century. And the giant Confederate battle flag that towered over Interstate 95 from one resident’s property was recently taken down, with the county’s Republican-controlled Board of Supervisors quickly enacting a measure that would keep any flag from flying that high again.

A refrigerated morgue truck is parked outside of Ballad Health’s flagship hospital and another is on order for the hospital where Emily Nichole Egan works.

Egan’s eyes fill a video screen during a Ballad press conference Wednesday. Behind her is a plain door marked with a big stop sign and “COVID-19 unit” written in red. Her hair is tucked beneath a leopard-print skull cap. Her mouth is hidden behind a surgical mask. And though her voice is soft, halting at times to push down a rising tide of emotion, her words pack a powerful punch as she tells what’s happening at Holston Valley Medical Center in Kingsport, Tennessee.

By Hunter Britt and India Jones

RICHMOND, Va. — Sebastian and Gabriel Saxon wake up at the same time every day and log into online classes. Sebastian has Cerebral palsy and is diagnosed with autism. Gabriel has hearing loss and wears hearing aids.

The twins’ mother, Judi Saxon, said that Google Meet, the platform used to conduct online classes, has worked well for her sons, who are freshmen in high school this year.  “They’re both rule followers,” Saxon said. “They like a routine.”

Sen. Mark Warner, D-Va., and Rep. Abigail Spanberger, D-7th, have moved to the forefront of a bipartisan push for Congress to deliver emergency relief to Americans struggling to survive the intensifying COVID-19 public health crisis.

Warner and Spanberger helped fashion a $908 billion framework for emergency COVID-19 relief unveiled Tuesday by a coalition of centrist lawmakers from both political parties and chambers of Congress. The proponents say it’s essential to help people, businesses and governments survive until new vaccines are widely distributed to bring the coronavirus pandemic under control.

Over the past few days, Virginia has reached a grim milestone: more patients hospitalized for COVID-19 than at any other point in the pandemic.

Those numbers are rising across the state with increases reported in each of Virginia’s five health regions, according to data from the state Department of Health. But nowhere is the spike more acute than in the southwest, where the number of beds occupied by COVID-19 patients has soared from an average of 76 a day in late April to 361 as of Wednesday.

The Virginia Freedom of Information Advisory Council on Wednesday declared its support for loosening state laws on electronic meetings, backing legislation to give members of local boards more leeway to call in to public meetings instead of attending in person.

Supporters of the change, which still has to be approved by the General Assembly, say it would help more people juggle their private lives with the duties of serving on public boards. Many proponents say it could be particularly helpful for women, who often act as primary caregivers for children or family members who are elderly or sick.

Blacksburg Town Council is set to act on a proposed ordinance to ban the carrying of firearms inside public buildings and on streets being used for festivals, among other places.

If passed, the ordinance would make Blacksburg one of just a handful of Virginia localities that have taken such action—something that localities can now do based on a local option measure passed by the General Assembly earlier this year and that took effect in July.

Virginia Scope is an independent news publication that is funded largely by donations and subscribers. As local newsrooms are losing writers each day, we are trying to fill the void to ensure that the public is informed and that leaders are held accountable for their actions.